Everyday we watch reports about what’s new in the technology market, and each day we get to know about the latest innovations. You ask someone what’s trending right now? The answer you get is, ‘It’s the mobile phones!’ The general public has appreciated how mobile phones have gone from making simple phone calls to being a portable computer in your pocket. 2012 is a year that can change a lot for the firms that are manufacturing them. It can be a year that decides which brand will dominate the market. There are four major contenders this year. 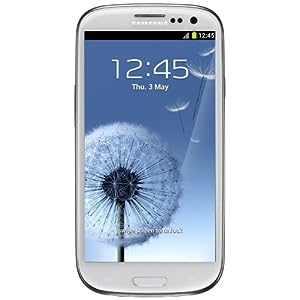 The Samsung S2 was the only mobile to get close to the iPhone 4 in terms of sales, though it has never surpassed it. The S3 has just been released and has stirred up the mobile phones market because of the features it has been packed up with. It comes with an 8 Megapixel camera and a 4.2-inch Super AMOLED HD screen, which according to TechRadar have very impressive results. Although, the body has a plastic feel like the S2, the design is somewhat better. It has a 1.4Ghz quad-core Exynos processor, which doesn’t lag a bit when you play a 1080p movie. Don’t worry about the apps, the variety of applications available for this phone is huge. Applications like Cloud Print can work with any color laser printer providing ease of compatibility. The S3 is an intelligent device, its front facing camera checks if your eyes are looking at it and if not, it goes in sleep mode. Overall, the device is the strongest in the market for now and the users are happy with Samsung. T3’s verdict on the S3 was extremely positive and it was hard for them to find fault in Samsung’s new mighty phone.

HTC hits the markets with its One X to compete with iPhone and Samsung Galaxy S series. It has 720p HD 4.7-inch screen giving a 16:9 aspect ratio. The HTC One X’s camera is one of its biggest strengths. It captures images at 8 megapixel and shoots video at 1080p and in addition to this, you can easily manipulate the white balance and ISO. It uses a Qualcomm’s S4 Snapdragon dual-core 1.5GHz processor with battery life that’s surprisingly long for a phone this thin. Engadget gave the HTC One X high praise stating that it is a masterpiece.

Making a surprising announcement at the Consumer Electronic Conference this year, Nokia has made an entrance with its new mobile, Lumina 900. The Nokia Lumina 900 has a 4.3-inch AMOLED screen with an 8 megapixel camera. It is stuffed up with a 1.4 GHz Scorpion CPU and the Qualcomm APQ8055 Snapdragon chipset. TechoBuffalo reviewed the Lumina 900 and concluded that the build and their specifications look very promising.

As yet, there is no official announcement about the specifications of iPhone 5, however, people over at CNET are sure that it will be released this year. Blogs are overflowing with rumors; some say it will have a larger screen others state it has a massive RAM. In truth no one really knows and Apple has done a good job in keeping it a secret. We will just have to wait and see.

Three of the four phones have already hit the market and are competing with each other. However, there are some mobiles that are yet to come like the iPhone 5 and the new Galaxy Nexus (releases in December). So if you are looking to buy a new phone its best to wait till August to get a better idea of what is available and make an informed decision.

How To: 3 Useful Ways to Edit a PDF File Without Adobe

Best Ways to Convert PDF to Word in Windows 10

Why iPad Pro + iPadOS is PERFECT for Students | KharmaMedic

How to Fix Gallery Not showing SD Card Pictures in Android

The Gallery is very useful for phone users to display the pictures. When we want …